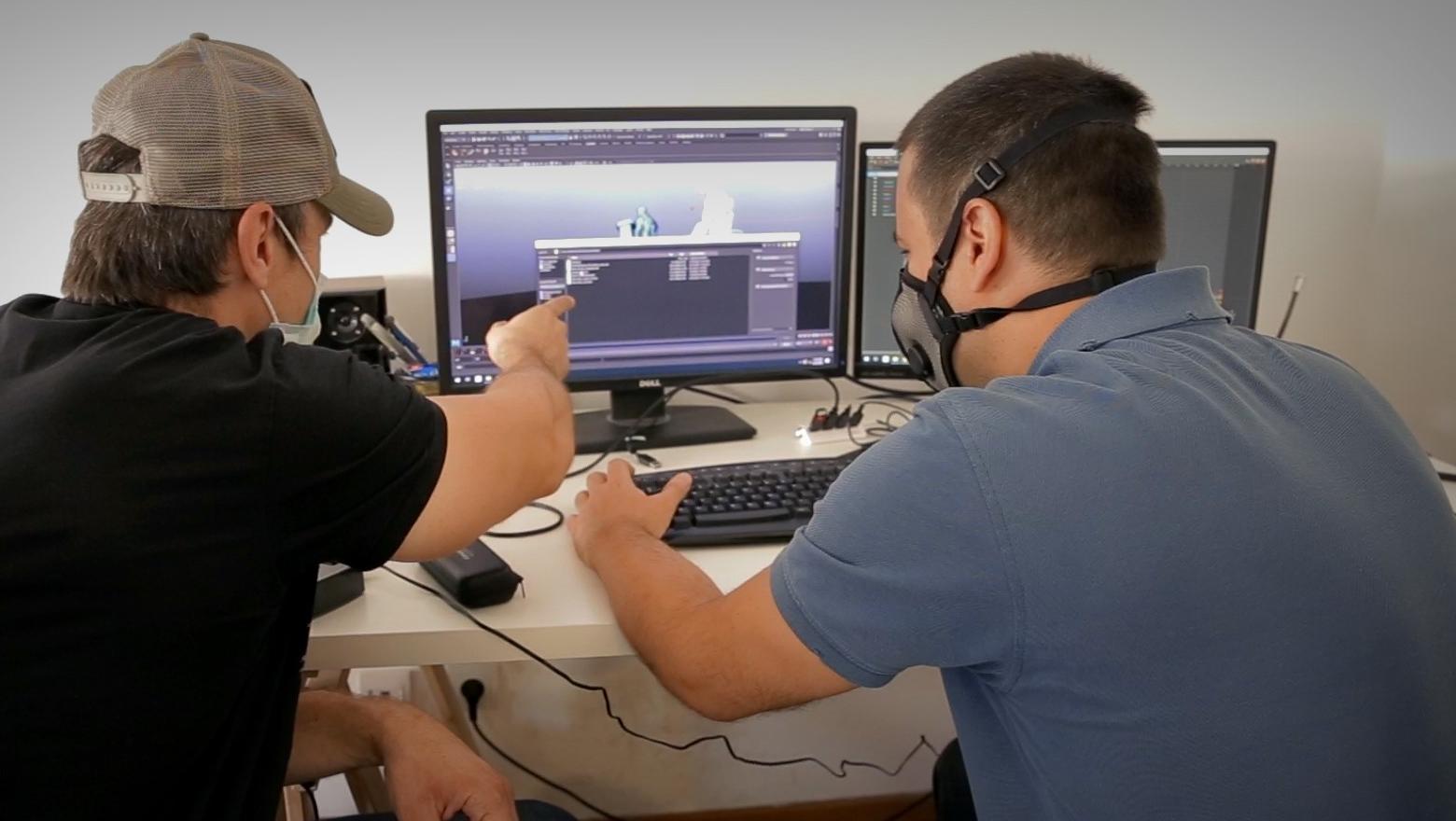 Freelancer, animator and animation supervisor with over ten years of experience in marketing and film industry, Nikola Vulović, gathered people from animation industry, with the desire to raise the animation process to a much higher level.

This animation admirer and his team founded Animanistan and created McKap - an innovative software add-on for leading 3D software in the virtual effects industry. McKap improves the process of producing 3D animations for small and medium studios by facilitating the use of motion recording data without increasing the cost of production.

The innovative software add-on, as Nikola says, would have served only for internal use if there was no financial support of the European Union. "EU help has meant immensely to us to speed up the work process and make our product available to the wider market in the future."

Creative team of Animanistan cooperates with a large number of domestic and foreign production studios from Poland, United States, Japan. They are dedicated and persistent in working on expanding and entering new markets, as well as on collaborations with big names from the film and gaming industry. It was this team that was in charge of animation in the new Netflix Liberator series.

Motion Capture is a very useful and fast technology in the field of realistic animations (tracking and recording the movements of the human body). However, this technology is not perfect. Often, motion tracking comes with a large number of errors that need to be removed, rather than requiring re-recording as it represents a high cost.

When it comes to Motion Capture editing, all the approaches they have encountered so far are standardized technical solutions and represent an endless noisy data. For an animator, it is a laborious and unnecessarily long process that has negative effects on his work, if even manageable.

“With the support of the Innovation Fund program, we have created a software solution that combines the Motion Capture technique with the classic animation technique. This enables animators to easily and efficiently process Motion Capture data in the animation process, without increasing production costs, "concluded Nikola.

Direct Grant Agreement - Development of new products and services by SMEs through the commercialization of research, signed between the Innovation Fund and the Ministry of Finance (Sector for Contracting and Financing Programs from European Union Funds), provides funds for continued implementation of the Early Development Program and the Co-financing Innovation Program. The total value of the Direct Grant Agreement is 4.5 million euros, of which 2.5 million euros are financed from the European Union Pre-Accession Funds for 2014, while 2 million euros are provided from the budget of the Republic of Serbia, from the Ministry of education, science and technological development. You can find out more about the project at:  www.inovacionifond.rs