The great success of Em-Cath-A in Cambridge 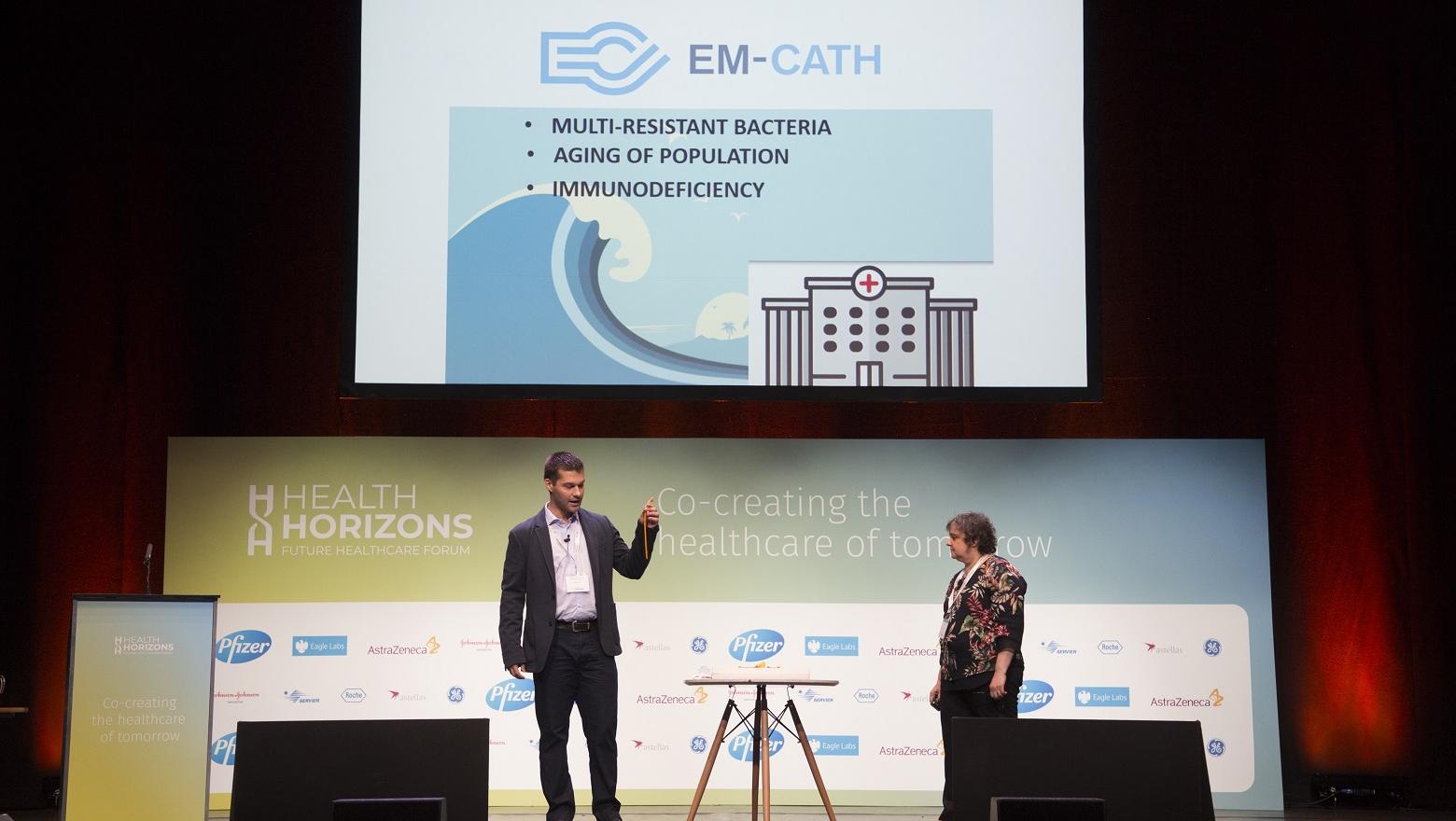 "The winning of the competition in Belgrade was an incredible experience, but being in the top 3 in the Cambridge as one of the 12 finalists is a unique life experience. Keep in mind that attending the Health Horizons conference, which was the host of Imagine IF! finals helped us not only in the potential networking but also in establishing real contacts with investors and partners. This also helped us strengthen our position and continue to bring our product to life. And we've learned a lot about every step we need to take," said Em-Cath team representatives.

Em-cath is based on the technology of the University of Belgrade, whose inventor is Bosko Sremcevic, a medical doctor. It is a new model of urinary catheter that addresses the existing problem of contamination, the transmission of bacteria and pain during placement. Em-cath began its journey to the market through cooperation with the Centre for Technology Transfer of the University of Belgrade and Technology Transfer Facility at the Innovation Fund, with the help of which funding was provided in the amount of 20 thousand euros. Em-cath first won the local competition IMAGINE IF!, organized for the first time this year in Serbia, in cooperation with the Innovation Forum from Cambridge and Science Technology Park Belgrade and Health Tech Lab.

Together with the team, representatives of the Innovation Fund, Science Technology Park Belgrade, INAT Centre, Institute of Molecular Genetics and Genetic Engineering and BelMedic participated in the conference. This was also a chance to visit the Cambridge Judge Business School, whose Entrepreneurship Program was ranked as the third best in the world according to the Financial Times, as well as a meeting with representatives of the British-Serbian Chamber of Commerce (BSCC).