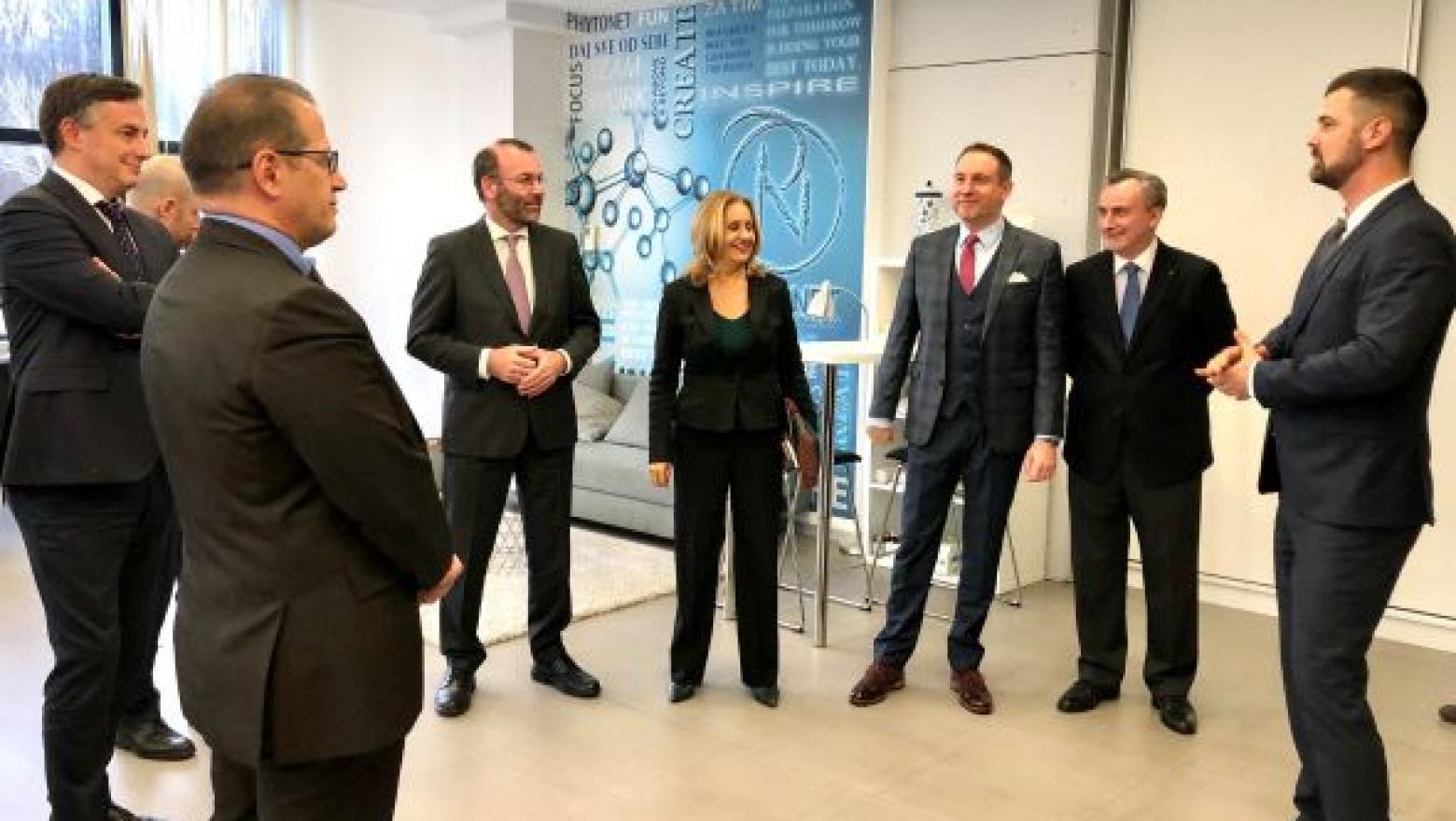 The high-level delegation of the European Parliament headed by Manfred Weber, President of the European People’s Party Group, made an official visit to Serbia today and, in particular, the Innovation Fund and Science Technology Park “Belgrade”.

Along with Mr. Weber, the following officials were also present: David McAllister, Chairman of the Committee on Foreign Affairs of the European Parliament, Vladimír Bilčík, the EP Rapporteur for Serbia, H.E. Sem Fabrizi, Head of the EU Delegation to Serbia, Viktor Nedović, Assistant Minister of Education, Science and Technological Development, and Dejan Šuvakov, Program Manager at the EU Delegation to Serbia.

On behalf of the host country, the guests were welcomed by Gordana Danilović Grković, Acting Director of the Science Technology Park “Belgrade” and Ivan Rakonjac, Director of the Innovation Fund.

Danilović-Grković presented the course of development and results of the first science technology park in Serbia to the MEPs, stating that the Park developed more than 70 startups and technology development companies and hired more than 700 engineers, whereas the member companies’ income in the previous year was more than EUR 20 million.

Ivan Rakonjac presented the results and programs of the Innovation Fund to the guests, emphasizing how important it was to have the EU’s support in promoting the research sector and innovations in Serbia.

The delegation got the opportunity to visit PirateArt and Phytonet, two companies-beneficiaries of the Innovation Fund – in the STP “Belgrade”; after that, the successes of the innovation projects within the Program of Cooperation between Science and Economy were illustrated by Dr Marija Mitrović-Dankulov, Innovation Center of the Institute of Physics in Belgrade for the Teslagram Project, and Katarina Veljović, Institute of Molecular Genetics and Genetic Engineering for the Project of Development of Technological Processes for Production of Innovative Probiotic Products for Prevention and Treatment of Intestinal Infections in Animals.

“The European Union strongly supports this Fund so that it could pay its donations to the researchers, engineers and innovators for the development and marketing of their ideas. Such approach will build a bridge between science and the private sector. I am impressed by what I have seen here. Much of the items under development here may be of use now not only to Serbia, but the European Union as well, which is happening while we speak”, said Manfred Weber, President of the European People’s Party Group in the European Parliament.